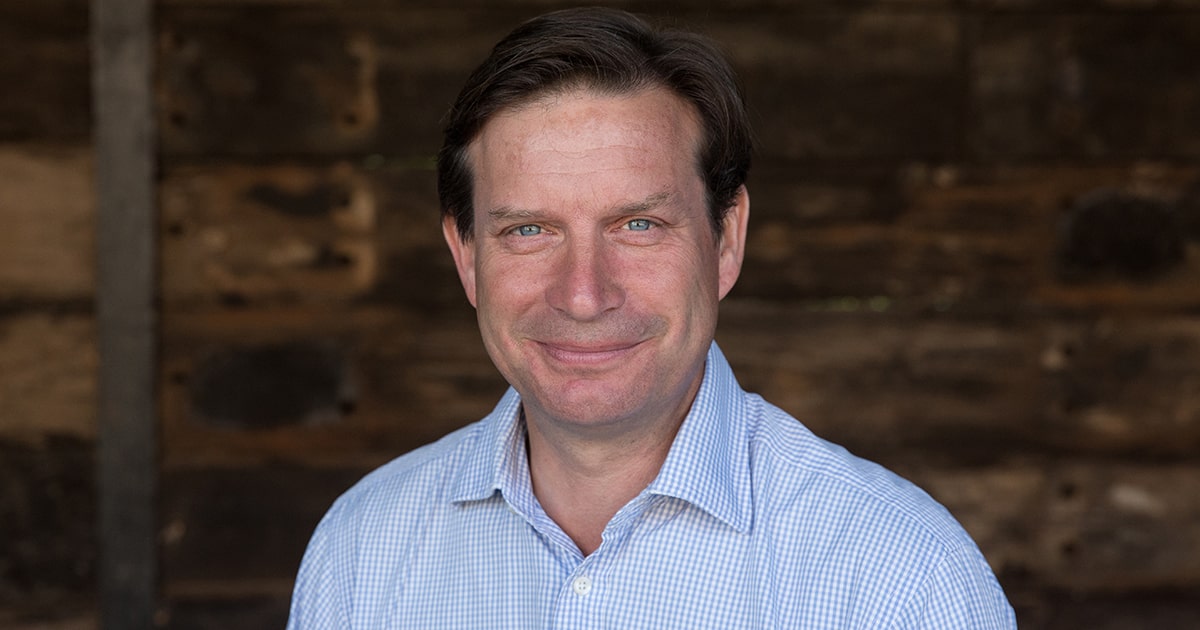 Turning passion into a profession – Mark Clayton, Chief Technology Officer, Qube Renewables shares his journey of innovation for the environment

Mark Clayton, Chief Technology Officer at Qube Renewables, a Blue Planet partner company describes himself as a dyed in the wool environmentalist and an intrepid inventor. In a recent conversation, he shares Qube’s innovative journey and how the company’s technology is redefining organic waste to energy solutions around the world.

The first impression that Mark Clayton, Chief Technology Officer, Qube Renewables is one of an inventor whose first love is the environment. The genesis of this began in his childhood when his parents encouraged him to ensure that he worked towards protecting the environment and ensuring he gave back to the planet. His childhood and a degree in Environmental Science from Imperial College is what led him to channel his innovative energies into creating technologies that would create a cleaner & greener environment for future generations.

However, Qube Renewables has a very interesting genesis. It was formed to create a clean-burning fuel for the British Military!

“So Qube comes out of another business that I run called Aardvark Environmental, which is a technical consultancy company operating in the renewable space. It’s has been associated with about 4% of all the renewables in the U.K., which includes solar, wind, biomass waste to energy, and anaerobic digestion. Aardvark was asked by the U.K. Ministry of Defence to look at solutions for waste treatment in forward operating bases in Afghanistan,” shares Mark. “We looked at what was available in the market and honestly since nothing really existed, we ended up designing our own solutions. We managed to get everything that we needed to in a 20-foot shipping container, which they could then be picked up with a helicopter and moved around. Qube was effectively born then.”

Qube Renewables solutions are the perfect example of technology developed for wartime applications that is now adding value to communities across the world.

While we have worked with the U.K. Ministry of Defence and the U.S. Air Force, most of our clients are either commercial establishments or they are NGOs. We are now much more focused on local waste resources being utilized to generate local fuels. And we are excited to be working in countries such as Kenya, India, and 15 other countries.

Qube currently has over 30 total installations across the world, that have been operating since 2012.

Qube Renewables is also poised to soon establish a significant presence in India. Their game changing dryQube will soon be deployed in India’s agricultural heartland, to offer a cost-effective solution to upcycle fibrous agricultural waste in biogas and other useful products.

Chief among these is a project funded by Innovate UK in Naivasha, Kenya, that is helping the local community develop self-reliance for energy through upcycling their organic waste.

In the earlier years of Qube, Mark and the larger team had to overcome a number of challenges that are symbiotic with any new disruptive invention. Primary among those was condensing a biogas plant – usually, a large combination of machinery and plumbing – into a small scale, reliable, ease to deploy solution.

“If you look at a biogas system, it’s running every day of every year and there are 8,760 hours in the year. So, when you try to make them smaller, it is a struggle to find reliable systems in the market that can do that enormous work. That was our real challenge,” says Mark. “The technical challenge was to go and find equipmentthat could do it. And, if we couldn’t find it , we developed it ourselves. We’ve done a lot of other work in the cleantech space on that, so we were quite happy with this concept. It’s just these component parts that are tricky, so we ended up designing and building a lot of our own systems.”

This has also positioned Qube Renewables in a position of advantage in the market by reducing the cost and increasing the reliability and durability.

However, the road ahead for Qube in Mark’s view is one that delivers positive tangible value for communities across the globe.

“Now being a part of the Blue Planet family, we have a massive opportunity to expand in Asia, especially India in addition to our current presence in Africa, North America, and Europe. The real opportunity we think is not in selling the technology but providing a service for people, whereby we will build-own-operate and provide a waste management service. In a nutshell, what it means is we will be transferring the knowledge which is an excellent way to empower local rural economies, particularly to be able to generate their own renewable energy and also generate a high-quality fertiliser as well,” shares Mark.

Having an impact on communities is reflected when Mark talks about one of his favourite projects deployed by Qube – the one in Naivasha, Kenya.

You know that has real replicability in a country where resources are few. Gas resources are quite expensive, and there’s, a good opportunity to transition people from traditional cooking fuels such as wood and charcoal into cleaner gas, cleaner cooking fuel. This has an impact not just on labour, but on things like Women’s Rights and education. It’s just a great enabler.

Mark has a bullish outlook on the biodegradable waste sector. There are several reports also suggesting the global biogas market is expected to grow from USD 25.61 billion in 2021 to USD 37.02 billion by 2028 at a CAGR of 5.4% in the forecast period, 2021-2028 period.

“Particularly in Europe and Western economies, there’s a huge push to reduce the amount of waste that is generated from the biodegradable sector. So, whether that’s reducing crop waste grown in fields, the food waste that’s chucked away, or whether it is waste created by simple things such as sell by dates. So, for the waste that traditionally would go into an anaerobic digester, I think that there will be a push to try and reduce that because it’s about improving efficiencies and economies,” says Mark. “There is a significantly high tax to put any organics into a landfill in the U.K., which has driven the market to look at alternative ways of treating that waste, but one of the main key drivers is energy costs and self-reliance.”

He also feels that creating smaller, scalable plants will be the answer to the problem of transporting waste across large distances to be upcycled.

I believe there will be a series of smaller plants that will be built and that means that local waste generated will be treated locally, and that would be my hope and vision, as it doesn’t make sense to move waste. You’re exporting basically nutrients and energy out of your geography, and that has a big impact on rural economies.

On the technology aspect of things, Mark envisions the creation of better synergies between technologies to improve environmental impact.

There’ll be more players and more competition in the marketplace, but I think we all have to find an answer on how to finance these solutions. You know it’s an expensive technology and the current problem is that the polluter doesn’t pay. That needs to change as well, but I think that an interesting set of technologies will emerge which will dovetail together as well.

After a hard day of work at innovating and creating technologies that create a cleaner & greener planet for everyone, Mark likes to relax by working some more on his farm at Exmoor in the U.K.

Here is where his inventions move from the serious business of environmental conservation to more fun avenues.

“I made a massive potato canon with my kids over the lockdown, so that we could fire a potato nearly 400 meters,” says Mark, laughing.

It is no surprise that his love for the environment and outdoors extends to his leisure time as well.

We enjoy running horses on our farm, watching our kids in sporting activities. We’ve got lots of diggers and dumpers, so we’re, building ponds or other little projects. We’re generally very active. It’s not a sit down and watch telly type of relaxation. We also sail as a family and quite enjoy getting on a boat and going to see new stuff.